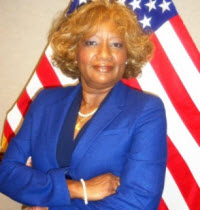 Dr. Arnita Fowler is in charge of setting goals for the organization and directing progress toward those goals. As the Chief Executive Officer, Dr. Fowler often meets with the senior management team to discuss goals, and decide on the direction of the organization, by defining specific objectives and means to achieve them.

Along with creating an organizational plan, Dr. Fowler creates and manages the budget, financials, and all aspects of the entity including public relations role, because she is the public face of the organization. She meets with important donors and prospects, as well as other people who are important to the organization, including media, investors, board members and in some cases lawmakers, governors, presidents, and various world leaders. As the CEO/Founder of Lamont Dottin Foundation, Dr. Fowler is the core decision maker and sets the agenda for the entire organization.