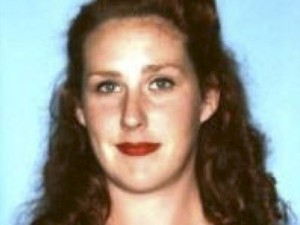 A pregnant Hawaii woman, whose torched SUV was found Wednesday, was still missing as of Saturday afternoon.

Carly “Charli” Scott’s mother told police on Monday that her daughter was missing. Scott, 27 and five months’ pregnant, disappeared after she left her sister’s home in the Haiku area of Maui on Sunday night, according to Maui police.

Family members said she left to help a former boyfriend whose car had broken down, The Maui News reports.

Scott’s silver 1997 Toyota 4Runner was completely gutted by fire and was found in Haiku’s Peahi area.

On Thursday, “possible evidence,” was discovered by an individual who was part of a private search party, said the Maui Police Department. Officials did not provide additional information and said the evidence “was recovered by police for further investigation.”

Carly’s former boyfriend, Steven Capobianco, told Hawaii News Now that she picked him up Sunday night and drove him to Keanae — which was several dozen miles away — so he could fix his truck.

Her dog Nala — which was later found in the nearby community of Nahiku according to The Maui News — was with her when she picked him up, he said.

Capobianco, 24, said he fixed his truck and Scott drove behind him to Haiku, but he lost sight of her SUV at some point.

He said he assumed she arrived safely at her destination.

“I sent her a text that said, ‘Thank you’ but I figured she was working, that’s why she didn’t get back to me right away,” he told Hawaii News Now. “It wasn’t until the cops showed up at my house at 5:30 in the morning the next day that I realized something was wrong.”

Capobianco said police questioned him and administered a polygraph test, which he was told he failed. He told Hawaii News Now that he “absolutely” did not hurt Scott.

“I’m honestly not convinced I failed, I think they might have just said that as a tactic,” he said. “But I really don’t know.”

Police have not made any arrests or named any suspects.

Capobianco said he and Scott have been broken up for several years but remained friends and “occasionally hooked up.” He said he believes he’s the father of her baby but doesn’t know for sure.

“Please remember any evidence found needs to be treated like a crime scene, avoid entering the area, take pictures and call the police immediately,” she said. “Please be careful with anything found of interest, it could be what finds my sister!”

Donate to Our Causes

Change a Life Through Education

Education provides children with opportunities to escape poverty, gain a voice in their community...

Feeding the Hungry in South Africa

South Africa produces enough food to feed it's population yet 20% of South Africans...

Supporting 160 underprivileged children, mostly orphans and victims of HIV/AIDS, that visit daily the...

Our Work with the Vulnerable in Population

Education provides children with opportunities to escape poverty, gain a voice in their and...

Help build a future for 12,000 school children. Become part of the Madagascar Schools...

In the United States we are very lucky to have Police and Police departments...