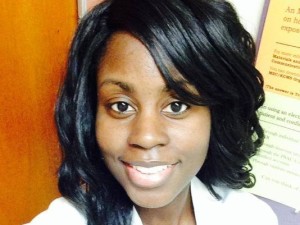 DETROIT — Teleka Patrick, a missing medical resident, was stalking gospel singer Marvin Sapp prior to her disappearance, according to an area news station.

Grand Rapids, Mich.-based WOOD-TV reported late Thursday that Sapp filed for a personal protection order in Kent County in September. In the court filing, Sapp stated that Patrick, 30, had been referring to him as her husband and had moved from California to western Michigan to join his church, the Lighthouse Full Light Center Church in Grand Rapids.

Her family had previously stated that she decided to attend Kalamazoo’s Western Michigan University for its residential psychiatry program.

Sapp said Patrick had contacted his three children and had been to his home, and that he had “over 400 page(s) of correspondence from her to which I have never responded.” He added that Patrick’s stalking had gone on for at least a year prior to her moving to Michigan.

“Throughout my career, my family and I have fallen victim to inappropriate attempts to contact me by several unknown individuals,” Sapp said in a statement to the TV station Thursday. “As a father of three and pastor of one of the largest congregations in west Michigan, I cannot take this kind of obsessive attention lightly. Given these previous acts, I have taken several security measures, which have included obtaining a protective order to ensure our safety.”

Donate to Our Causes

Change a Life Through Education

Education provides children with opportunities to escape poverty, gain a voice in their community...

Feeding the Hungry in South Africa

South Africa produces enough food to feed it's population yet 20% of South Africans...

Supporting 160 underprivileged children, mostly orphans and victims of HIV/AIDS, that visit daily the...

Our Work with the Vulnerable in Population

Education provides children with opportunities to escape poverty, gain a voice in their and...

Help build a future for 12,000 school children. Become part of the Madagascar Schools...

In the United States we are very lucky to have Police and Police departments...