Requires police agencies to take reports of missing adults whenever the adult is reported to be missing – PASSED!

An act to amend the executive law, in relation to requiring police agencies to take reports of missing adults whenever the adult is reported to be missing.

To amend the executive law in relation to requiring police agencies to take reports of missing adults whenever the adult is reported to be missing.

Section 1 sets forth that this act shall be known and may be cited as “Lamont Dottin’s law”.

Section 2 provides if a police agency receives a report that an adult person is missing from his or her ordinary place of residence who cannot be located by a person whose relationship with such adult person would place them in a position to have knowledge of the missing person’s whereabouts, and that such missing person: has a proven disability, may be in physical danger, is missing after a catastrophe, may have disappeared involuntarily, or is missing under circumstances where there is a reasonable concern for his or her safety (and such missing adult person does not qualify as a missing child or vulnerable adult pursuant to the executive law), the police agency shall collect information necessary to file an electronic report and submit such electronic report to the National Crime Information Center Register.

Section 3 provides this act shall take effect on the sixtieth day after it shall have become a law.

Police agencies are not currently required to take and submit reports of missing adults under the conditions described in this legislation.

Anita Fowler’s son, LaMont Dottin, was a freshman at Queens College (CUNY) when he disappeared on October 18, 1995 after leaving his grandmother’s house to mail a package to his mother, who was in California. Dr. Fowler returned immediately to New York and began searching for her son. She tried to report him as missing, but due to police regulations she was unable to file a report until November 13, 1995. Dr. Fowler searched for five years, when she found that her son’s body was found six days after she reported him as missing and lay unidentified in a grave at Potter’s Field since February 1996.

This legislation seeks to prevent future confusion and heartache by requiring law enforcement to take a report whenever a person is reported missing and send such report to the National Crime Information Center (NCIC) Register.

The previous version of this bill was vetoed by the governor, citing compliance concerns with the NCIC database because reports were to be filed even when circumstances did not indicate a missing adult was in danger. This version of the bill delineates the several situations a report shall be filed, including but not limited to physical danger, mirroring the parameters of the NCIC database.

These are people behind the passage of this law plus countless of people who matched on numerous occasions to bring the Lamont Dottin’s Law in reality. Thank you all. 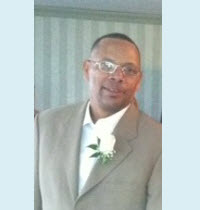